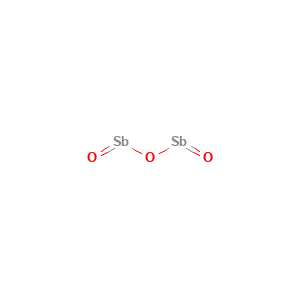 Personal protection: particulate filter respirator adapted to the airborne concentration of the substance. Sweep spilled substance into covered sealable containers. If appropriate, moisten first to prevent dusting. Carefully collect remainder. Then store and dispose of according to local regulations.

Separated from food and feedstuffs.

The substance is mildly irritating to the eyes, skin and respiratory tract.

Repeated or prolonged inhalation of dust may cause effects on the lungs. Tumours have been detected in experimental animals but may not be relevant to humans.

Melting point established under the absence of oxygen.Density differs with crystalline structure.Depending on the degree of exposure, periodic medical examination is suggested.The recommendations on this card do not apply to vapour exposure during the production.The technical product may contain impurities which alter the health effects; for further information see ICSC 0013 Arsenic.According to special provision SP45, antimony trioxide is not regulated for transport unless it contains more than 0.5% of arsenic. In that case it should be classified as UN number 1549 (Hazard class 6.1 and packaging group III).TLV Note: Exposure by all routes should be carefully controlled to levels as low as possible.