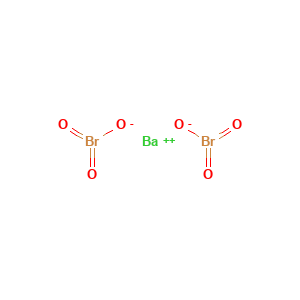 Excerpt from ERG Guide 141 [Oxidizers – Toxic]: Toxic by ingestion. Inhalation of dust is toxic. Fire may produce irritating, corrosive and/or toxic gases. Contact with substance may cause severe burns to skin and eyes. Runoff from fire control or dilution water may cause pollution. (ERG, 2016)

Excerpt from ERG Guide 141 [Oxidizers – Toxic]: SMALL FIRE: Use water. Do not use dry chemicals or foams. CO2 or Halon® may provide limited control. LARGE FIRE: Flood fire area with water from a distance. Do not move cargo or vehicle if cargo has been exposed to heat. Move containers from fire area if you can do it without risk. FIRE INVOLVING TANKS OR CAR/TRAILER LOADS: Fight fire from maximum distance or use unmanned hose holders or monitor nozzles. Cool containers with flooding quantities of water until well after fire is out. ALWAYS stay away from tanks engulfed in fire. For massive fire, use unmanned hose holders or monitor nozzles; if this is impossible, withdraw from area and let fire burn. (ERG, 2016)

Excerpt from ERG Guide 141 [Oxidizers – Toxic]: These substances will accelerate burning when involved in a fire. May explode from heat or contamination. Some may burn rapidly. Some will react explosively with hydrocarbons (fuels). May ignite combustibles (wood, paper, oil, clothing, etc.). Containers may explode when heated. Runoff may create fire or explosion hazard. (ERG, 2016)