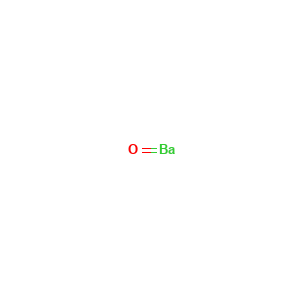 Excerpt from ERG Guide 157 [Substances – Toxic and/or Corrosive (Non-Combustible / Water-Sensitive)]: TOXIC; inhalation, ingestion or contact (skin, eyes) with vapors, dusts or substance may cause severe injury, burns or death. Reaction with water or moist air may release toxic, corrosive or flammable gases. Reaction with water may generate much heat that will increase the concentration of fumes in the air. Fire will produce irritating, corrosive and/or toxic gases. Runoff from fire control or dilution water may be corrosive and/or toxic and cause pollution. (ERG, 2016)

Excerpt from ERG Guide 157 [Substances – Toxic and/or Corrosive (Non-Combustible / Water-Sensitive)]: Note: Some foams will react with the material and release corrosive/toxic gases. SMALL FIRE: CO2 (except for Cyanides), dry chemical, dry sand, alcohol-resistant foam. LARGE FIRE: Water spray, fog or alcohol-resistant foam. Move containers from fire area if you can do it without risk. Use water spray or fog; do not use straight streams. Dike fire-control water for later disposal; do not scatter the material. FIRE INVOLVING TANKS OR CAR/TRAILER LOADS: Fight fire from maximum distance or use unmanned hose holders or monitor nozzles. Do not get water inside containers. Cool containers with flooding quantities of water until well after fire is out. Withdraw immediately in case of rising sound from venting safety devices or discoloration of tank. ALWAYS stay away from tanks engulfed in fire. (ERG, 2016)

Excerpt from ERG Guide 157 [Substances – Toxic and/or Corrosive (Non-Combustible / Water-Sensitive)]: Non-combustible, substance itself does not burn but may decompose upon heating to produce corrosive and/or toxic fumes. For UN1796, UN1826, UN2031 at high concentrations and for UN2032, these may act as oxidizers, also consult ERG Guide 140. Vapors may accumulate in confined areas (basement, tanks, hopper/tank cars, etc.). Substance may react with water (some violently), releasing corrosive and/or toxic gases and runoff. Contact with metals may evolve flammable hydrogen gas. Containers may explode when heated or if contaminated with water. (ERG, 2016)

Personal protection: particulate filter respirator adapted to the airborne concentration of the substance. Do NOT let this chemical enter the environment. Sweep spilled substance into covered containers. Carefully collect remainder. Then store and dispose of according to local regulations.

Sweep spilled substance into covered containers. Carefully collect remainder. Then store and dispose of according to local regulations. Do NOT let this chemical enter the environment. Personal protection: particulate filter respirator adapted to the airborne concentration of the substance.

Wear safety spectacles or eye protection in combination with breathing protection if powder.

The solution in water is a medium strong base. Reacts violently with water, dinitrogen tetraoxide, hydroxylamine, sulfur trioxide and hydrogen sulfide. This generates fire and explosion hazard.

BARIUM OXIDE reacts as a strong base. Combines exothermically with all categories of acids. Reacts with carbon dioxide to form barium carbonate [Merck 11th ed. 1989]. Ignites hydroxylamine on contact [Mellor 8:291 1946-47]. Mixtures with mercurous or nickel oxide react vigorously with hydrogen sulfide in air. Explosions may result [Mellor 10:140 1946-47]. Can react, particularly in the presence of moisture, with aluminum and zinc)to form oxides or hydroxides of the metal and generate gaseous hydrogen. May initiate polymerization reactions in polymerizable organic compounds, especially epoxides. May generate flammable and/or toxic gases with ammonium salts, nitrides, halogenated organics, peroxides, and hydroperoxides.

Reacts violently with fire extinguishing agents such as water.Specific treatment is necessary in case of poisoning with this substance; the appropriate means with instructions must be available.NEVER pour water into this substance; when dissolving or diluting always add it slowly to the water.