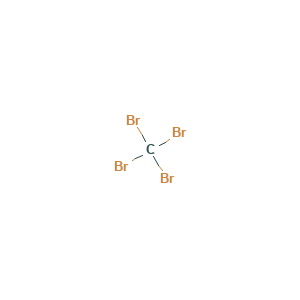 Excerpt from ERG Guide 151 [Substances – Toxic (Non-combustible)]: Highly toxic, may be fatal if inhaled, swallowed or absorbed through skin. Avoid any skin contact. Effects of contact or inhalation may be delayed. Fire may produce irritating, corrosive and/or toxic gases. Runoff from fire control or dilution water may be corrosive and/or toxic and cause pollution. (ERG, 2016)

Excerpt from ERG Guide 151 [Substances – Toxic (Non-combustible)]: SMALL FIRE: Dry chemical, CO2 or water spray. LARGE FIRE: Water spray, fog or regular foam. Move containers from fire area if you can do it without risk. Dike fire-control water for later disposal; do not scatter the material. Use water spray or fog; do not use straight streams. FIRE INVOLVING TANKS OR CAR/TRAILER LOADS: Fight fire from maximum distance or use unmanned hose holders or monitor nozzles. Do not get water inside containers. Cool containers with flooding quantities of water until well after fire is out. Withdraw immediately in case of rising sound from venting safety devices or discoloration of tank. ALWAYS stay away from tanks engulfed in fire. For massive fire, use unmanned hose holders or monitor nozzles; if this is impossible, withdraw from area and let fire burn. (ERG, 2016)

Excerpt from ERG Guide 151 [Substances – Toxic (Non-combustible)]: Non-combustible, substance itself does not burn but may decompose upon heating to produce corrosive and/or toxic fumes. Containers may explode when heated. Runoff may pollute waterways. (ERG, 2016)

Collect on paper and evaporate on a glass dish in a hood. Burn the paper.

Not flammable by standard tests in airCARBON TETRABROMIDE is incompatible with the following: Strong oxidizers, hexacyclohexyldilead, lithium (NIOSH, 2016).

Lithium mixed with the following compounds can explode on impact: … carbon tetrabromide.

When heated to decomp it emits toxic fumes of /hydrogen bromide/.

The substance may have effects on the liver.

A harmful contamination of the air will be reached rather slowly on evaporation of this substance at 20°C.

Based upon the highly halogenated structure of tetrabromomethane, biodegradation is expected to be slow(1).

An estimated BCF of 86 was calculated for tetrabromomethane(SRC), using a log Kow of 3.42(1) and a regression-derived equation(2). According to a classification scheme(3), this BCF suggests the potential for bioconcentration in aquatic organisms is moderate.

Using a structure estimation method based on molecular connectivity indices(1), the Koc for tetrabromomethane can be estimated to be about 49(SRC). According to a classification scheme(2), this estimated Koc value suggests that tetrabromomethane is expected to have very high mobility in soil.

Do NOT take working clothes home.Do NOT use in the vicinity of a fire or a hot surface, or during welding.