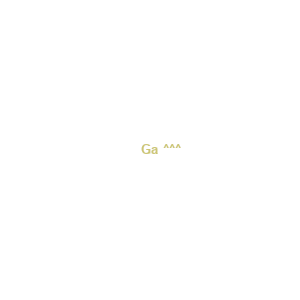 Excerpt from ERG Guide 172 [Gallium and Mercury]: Inhalation of vapors or contact with substance will result in contamination and potential harmful effects. Fire will produce irritating, corrosive and/or toxic gases. (ERG, 2016)

If material involved in fire: Extinguish fire using agent suitable for type of surrounding fire. (Material itself does not burn or burns with difficulty.) Use water in flooding quantities as fog. Cool all affected containers with flooding quantities of water. Apply water from as far a distance as possible. Gallium metal, solid

Excerpt from ERG Guide 172 [Gallium and Mercury]: Non-combustible, substance itself does not burn but may react upon heating to produce corrosive and/or toxic fumes. Runoff may pollute waterways. (ERG, 2016)

Stable in dry air, in moist air it tarnishes

Metals, such as GALLIUM METAL, are reducing agents and tend to react with oxidizing agents (i.e. hydrogen peroxide). Their reactivity is strongly influenced by their state of subdivision: in bulk they often resist chemical combination; in powdered form they may react more rapidly. Reacts violently with chlorine and other halogens at ambient temperatures [Bretherick, 5th Ed., 1995].

If exposed to high temperatures, gallium metal may emit toxic fumes with may form a corrosive alkaline solution with water. Gallium metal, solid