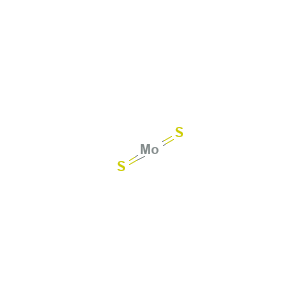 Determination of molybdenum in tissues (lung, liver, kidney, spleen, bone) of guinea pigs following 25 days of inhalation of subLD50 doses of the sulfide, the dust and fume of the trioxide, and calcium molybdate showed rather uniform distribution in the tissues, incl bone, for all substances at the end of the exposure. Values from 10 to 60 ug/10 g fresh tissue were common for all substances except molybdate trioxide and calcium molybdate dusts, which were higher by a two to four fold factor in the kidney, lung, spleen, and bone. Other exceptions were high lung retentions (40 and 18 times, respectively) for the sulfide and molybdate over that by other tissues according to the thiocyanate method of analysis.