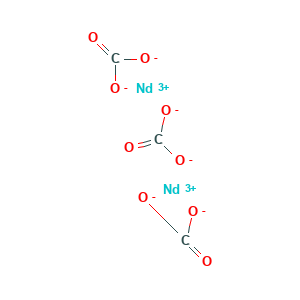 An element of the rare earth family of metals. It has the atomic symbol Nd, atomic number 60, and atomic weight 144.24, and is used in industrial applications.
Neodymium belongs to the lanthanide series and is a rare-earth element.
It is a hard, slightly malleable silvery metal, that quickly tarnishes in air and moisture.
When oxidized, neodymium reacts quickly to produce pink, purple/blue and yellow compounds in the +2, +3 and +4 oxidation state.