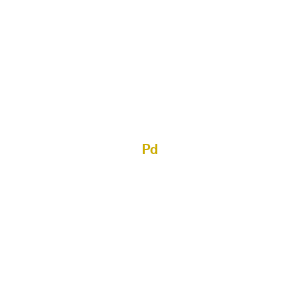 There are no established detoxification methods following poisoning by palladium or its compounds. Because of its poor absorption by the body, removal from exposure is the best remedy, when palladium is cleared by natural processes.

Combustible in the form of dust when exposed to heat or flame.

No decomposition. from table 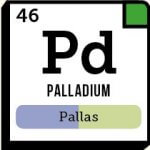 Palladium is an element with atomic symbol Pd, atomic number 46, and atomic weight 106.42.
It is a rare and lustrous silvery-white metal discovered in 1803 by William Hyde Wollaston.
Palladium has the lowest melting point and is the least dense of platinum group metals. The primary use for palladium is in catalytic converters for the automotive industry.
Palladium is also used in electronics, dentistry, medicine, hydrogen purification, chemical applications, groundwater treatment, and jewelry. Palladium is a key component of fuel cells, which react hydrogen with oxygen to produce electricity, heat, and water.