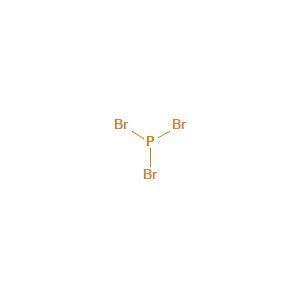 Basic treatment: Establish a patent airway (oropharyngeal or nasopharyngeal airway, if needed). Suction if necessary. Watch for signs of respiratory insufficiency and assist ventilations if necessary. Administer oxygen by nonrebreather mask at 10 to 15 L/min. Monitor for pulmonary edema and treat if necessary . Monitor for shock and treat if necessary . Anticipate seizures and treat if necessary . For eye contamination, flush eyes immediately with water. Irrigate each eye continuously with 0.9% saline (NS) during transport . Do not use emetics. For ingestion, rinse mouth and administer 5 ml/kg up to 200 ml of water for dilution if the patient can swallow, has a strong gag reflex, and does not drool. Administer activated charcoal . Cover skin burns with dry sterile dressings after decontamination . Bromine, methyl bromide, and related compounds

Use water spray to knock down acid vapors.

Isolate the area until the release is under full control. Use water spray to cool and disperse vapors and protect personnel.

Fumes in air. Decomposed by water to form phosphorous acid and hydrobromic acid. Reaction with warm water is very rapid and may be violent [Mellor v.8. 1032 1940]. Based on a scenario where the chemical is spilled into an excess of water (at least 5 fold excess of water), half of the maximum theoretical yield of Hydrogen Bromide gas will be created in 11 minutes. Experimental details are in the following: “Development of the Table of Initial Isolation and Protective Distances for the 2008 Emergency Response Guidebook”, ANL/DIS-09-2, D.F. Brown, H.M. Hartmann, W.A. Freeman, and W.D. Haney, Argonne National Laboratory, Argonne, Illinois, June 2009.

Not combustible, but if involved in a fire decomposes to produce hydrogen bromide, phosphoric acid, phosphine.PHOSPHORUS TRIBROMIDE reacts with oxidizing agents to generate heat and products that may be flammable, combustible, or otherwise reactive; the reactions may be violent. Forms complexes with potassium or sodium metal that explode when shocked. Dropwise addition to 3-phenylpropanol caused an explosion when stirring of the mixture was discontinued [Chem. Brit., 1974, 10, 101-102].

Will react with water, steam or acids to produce heat, toxic and corrosive fumes.