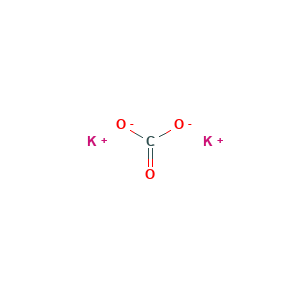 Rinse mouth. Do NOT induce vomiting. Give one or two glasses of water to drink. Refer for medical attention .

Immediate first aid: Remove patient from contact with the material. Ensure that adequate decontamination has been carried out. If patient is not breathing, start artificial respiration, preferably with a demand valve resuscitator, bag-valve-mask device, or pocket mask, as trained. Perform CPR if necessary. Immediately flush contaminated eyes with gently flowing water. Do not induce vomiting. If vomiting occurs, lean patient forward or place on the left side (head-down position, if possible) to maintain an open airway and prevent aspiration. Keep patient quiet and maintain normal body temperature. Obtain medical attention. /Inorganic Bases/Alkaline Corrosives and Related Compounds/

Use extinguishing measures that are appropriate to local circumstances and the surrounding environment. The product itself does not burn.

The solution in water is a medium strong base. Reacts violently with acids and chlorine trifluoride. Reacts with powdered metals.

The solution in water is a medium strong base. Reacts violently with acids and chlorine trifluoride. Reacts with powdered metals.

When heated to decomposition it emits toxic fumes of K2O.

The substance is irritating to the eyes, skin and respiratory tract.