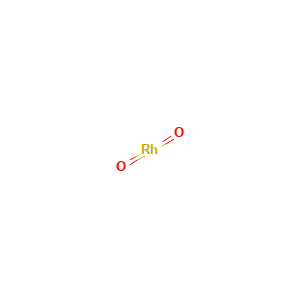 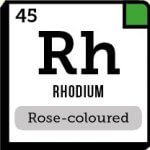 Rhodium is a chemical element with the symbol Rh and atomic number 45. It is a rare, silvery-white, hard, corrosion-resistant, and chemically inert transition metal. It is a noble metal and a member of the platinum group.
Rhodium detectors are used in nuclear reactors to measure the neutron flux level. Other uses of rhodium include asymmetric hydrogenation used to form drug precursors and the processes for the production of Roundup and acetic acid.