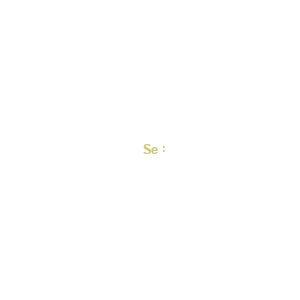 Rinse and then wash skin with water and soap.

Not combustible. Gives off irritating or toxic fumes (or gases) in a fire. Risk of fire and explosion on contact with oxidants.

Personal protection: particulate filter respirator adapted to the airborne concentration of the substance. Do NOT let this chemical enter the environment. Sweep spilled substance into covered containers. If appropriate, moisten first to prevent dusting. Carefully collect remainder. Then store and dispose of according to local regulations.

Separated from strong oxidants, strong acids and food and feedstuffs. Dry. Store in an area without drain or sewer access. Provision to contain effluent from fire extinguishing.

No data.Upon heating, toxic fumes are formed. Reacts with oxidants and strong acids. Reacts , if in amorphous form, with water at 50°C. This produces flammable/explosive gas (hydrogen – see ICSC 0001) and selenious acids.

The substance is irritating to the respiratory tract. The substance may cause effects on the gastrointestinal tract and nervous system.

The substance may have effects on the respiratory tract, gastrointestinal tract and skin.

A harmful concentration of airborne particles can be reached quickly on spraying or when dispersed, especially if powdered.

Do NOT take working clothes home.