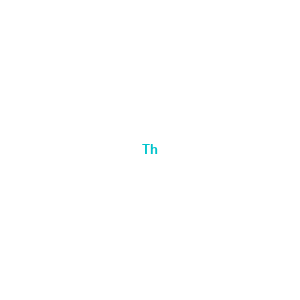 Remove contaminated clothes. Rinse and then wash skin with water and soap. Use radiation detector to ensure no remaining contamination.

Use special powder, dry sand. NO other agents. In case of fire: keep drums, etc., cool by spraying with water. NO direct contact with water.

NO open flames, NO sparks and NO smoking. NO contact with hot surfaces. Do NOT expose to friction or shock. Closed system, dust explosion-proof electrical equipment and lighting. Prevent deposition of dust.
Handling in a well ventilated place.
Wear suitable protective clothing.
Avoid contact with skin and eyes.
Avoid formation of dust and aerosols.
Use non-sparking tools.
Prevent fire caused by electrostatic discharge steam.

Dust explosion possible if in powder or granular form, mixed with air. If dry, it can be charged electrostatically by swirling, pneumatic transport, pouring, etc.The substance may ignite spontaneously on contact with air. May decompose explosively on shock, friction or concussion. Reacts violently with strong oxidants. Reacts with halogens, hydrogen and sulfur.

May cause mechanical irritation to the eyes. Inhalation of the aerosol may cause damage to the lungs.

Repeated or prolonged inhalation of the aerosol may cause effects on the lungs. This substance is carcinogenic to humans.

This material and its decay products are radioactive.Depending on degree of exposure, estimation of dose received may be required by whole body counting techniques.Depending on the degree of exposure, periodic medical examination is suggested.Storage in a poorly ventilated area may result in a buildup of gaseous radioactive decay products.Prolonged retention in the body leads to long term alpha-irradiation of the tissues.Refer for medical attention if breathing difficulties and/or fever develop.Do NOT take working clothes home.

Thorium is commonly used to make alloys to increase the strength of metals;Burning thorium dioxide gives off a strong white light so it used to be a white hot gauze cover for gas lamps.Thorium decay stores much more energy than uranium, coal, oil, and other fuels combined, and it contains much more than uranium, so thorium is a promising source of energy.Thorium is also a common ingredient in the manufacture of advanced lenses.Thorium is bombarded with neutrons to produce a nuclear fuel, uranium 233.
In addition, thorium is also a safer nuclear fuel than uranium, which is the future development direction of nuclear energy utilization.