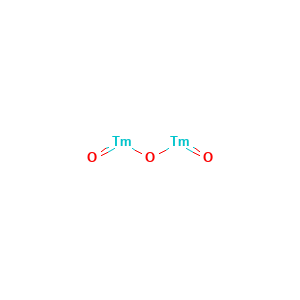 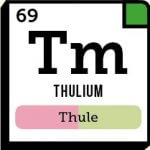 Thulium is the thirteenth and third-last element in the lanthanide series. Like the other lanthanides, the most common oxidation state is +3, seen in its oxide, halides and other compounds.
Thulium is a chemical element with the symbol Tm and atomic number 69.
Pure thulium metal has a bright, silvery luster, which tarnishes on exposure to air.