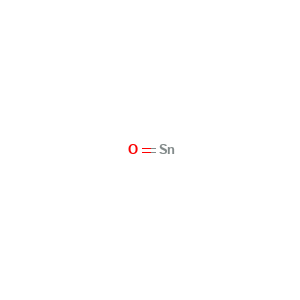 Personal protection: particulate filter respirator adapted to the airborne concentration of the substance. If appropriate, moisten first to prevent dusting. Sweep spilled substance into covered containers. Carefully collect remainder. Then store and dispose of according to local regulations.

May cause mechanical irritation to the respiratory tract.

Repeated or prolonged inhalation of dust particles may cause effects on the lungs. This may result in a benign pneumoconiosis (stannosis).

On heating at 300°C in air, oxidation to stannic oxide proceeds incandescently.